What is 3D rendering?

Simply putting, 3D rendering is a process where you take your 3D model created in any of the 3D animation software and convert it to 2D images.

The rendering process doesn't always relate to 3D rendering, but is also applicable to 2D renders, in a very broad sense.

It can be compared to a situation where you work on a movie plan where you set up the scene, the lights, and the camera. The rendering here is a moment you take the picture or film the whole scene.

3D rendering is used in video games, movie, and architecture industry, but there are numerous ways it can be applied in other disciplines. 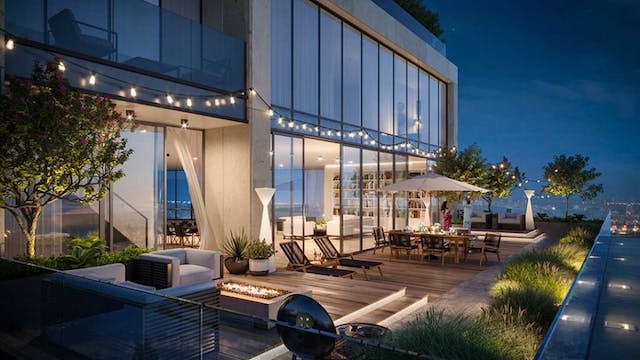 How does 3D rendering work?

It all starts with creating a 3D model by using wireframes. A wireframe is a three-dimensional skeleton that consists of points and lines.

Once a 3D model is built the designer or animator applies the texture to the model. These textures recreate real-life surfaces and can consist of color, diffusion, reflections, and more.

The model can be now put into any 3D environment and the textures will react as in the real world. You can render the model from any angle and from any situation.

There's a lot of math involved in this complicated process and here's probably the best explanation of the math behind the 3D rendering.

The most simple explanation of real-time rendering is that it focuses on real-time production and analysts of images. This has a very broad meaning, that takes into account interactive user interface as well as video games.

Its main goal is to get the best realism at a decent rendering speed for an interactive environment.

The magic behind modern rendering lies in the many techniques currently being used to confront the user input with what he sees on the screen like rasterization or ray-tracing, creating the impression of the world moving according to our actions, making it real-time.

The one metric that tells us how well this process is done, is the FPS (Frames-Per-Second) well know in the gaming industry. It basically tells us the numbers of frames generated in a second. The more frames there are, the smoother is our visual experience of the rendering.

To consider the render to be real-time, the system has to render the image in less than 1/30 of a second.

See this long, but really in-depth explenation of real-time rendering:

On the other hand, there is non-real-time rendering that is applicable for animations and media that are non-interactive - there is no action coming from us, the viewers.

Because it doesn't have to take into account our input, the images can be rendered in much higher quality, without taking into account the time need to render a given scene.

The main goal of non-real-time rendering is creating the most photorealistic images and animation possible.

The cost of this type of work is usually really expensive when it comes down to hardware. That's why a lot of companies rely on render farms with a pay-as-you-go model that provides high computing power, at a per hour billing rate.

With Renderro you get the same power you can expect from a render farm, but with many more options useful in rendering high-demanding scenes.

As 3D rendering gets more resource-expensive each year, there are new tools and services that take this burden off your PC's back.

Those services are render farms - web platforms where you can upload your files and render your animations and videos much faster and on-demand.

This means that you don't have to purchase an expensive setup and just for a 10-minutes job, which can be really convenient.

3D rendering services vary when it comes to offers. In the simple model, you pay per hour of machine usage, but it can get more complicated than that.

It's also worth keeping in mind, that not every single service will be able to serve the engine you are using.

To save you some time of searching, I've prepared a comprehensive list to render farms with pricing and engines included.

Still, if you are more of an old-school professional, you will surely want to put some bucks into a proper 3D rendering hardware.

Picking such hardware usually boils down to choosing a PC or a laptop designed purposefully for video editing and animation.

Depending on your budget and needs, you can expect spending of $600 to up to $7000 for setup. Those things don't come cheap.

Every single aspect of those setups is important in this dance, but the most significant piece of hardware designed for 3D rendering is the graphic card, as it takes on most of the heavy lifting. This is due to the way how the rendering system work with GPU rendering.

Think of CPU as a multitool dedicated to computing various tasks that you perform on your machine every day. It can take most of what you throw at it, and get it done with some effort, depending on the complexity. Quick tasks are getting solved fast, but when it comes to heavy lifting like 3D rendering, it's better to have a tool made just for that.

And that's where GPU rendering comes in - a processing unit designed specifically for handling 3D rendering tasks in real-time.

As in any field where multiple companies and their own technologies come to play, the market offers an abundance of possibilities for picking up your 3D rendering graphic card.

You will find hundreds of graphic card comparison articles and videos like this one:

As with all things professional, your choice should be mostly based on your real requirements and the money you are willing to spend.

After reading all this you might think that a smooth 3D rendering is dedicated only to those with deep pockets.

The truth is, the tech expansion came with a few revolutionary products that change the process, like render farms and cloud workstations.

One of such workstation is Renderro - cloud workplace filmmakers, designers, and animators.

In a pay-as-you-go model, it offers access to powerful Cloud Desktops, that will render insane scenes and animations in minutes, without a need of an expensive setup (you can even use it on your mobile phone!).

3D rendering is a highly complex and demanding process, that involves a lot of computing power, that usually comes with a higher price.

Thanks to new technologies like render farms and cloud workstations, you can skip the high price part and just enjoy the powerful machines that are there for you whenever you need it.