Alfie Vaughan is a filmmaker and musician working as a professional VFX artist. VFX makes up the main content he produces on his Youtube channel. A big part of his work are animations created with Blender, which was his weapon of choice for working with Renderro.

Some of the projects by Alfie

A very advanced animation of a whole gearing up in Ironman's suit.

We have asked Alfie to test Renderro Cloud Desktops against his home workstation that he uses in day-to-day work. To do that, he created a very detailed 3D scene with virus particles.

The project that the Renderro Computers were tested on was a complex 3D scene build of detailed particles. To make the comparison reliable, the scene had to include tons of features that are resource-demanding when it comes to rendering.

To create a 3D scene, Alfie used Blender for modeling and rendering. 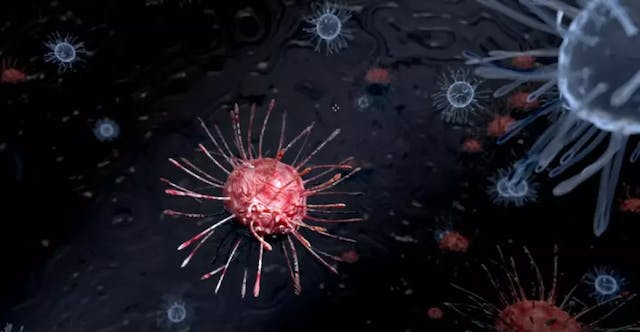 We have provided Alfie with access to our most powerful Turbo computer, which offers 48 vCPU's, 192GB of RAM, and 4x NVIDIA T4 graphic cards with 64GB of GPU.

As a result, Renderro Turbo Cloud Desktop turned out to outperform Alfie's physical workstations, by cutting the rendering time from two and a half hours to about forty minutes, a third of the time. As a bonus comparison, his Macbook Pro estimated about ten hours of rendering time before the scene was ready.

You can see the whole story and effects on his Youtube channel, in this video:

Rendering in a third of the time compared to an already powerful physical workstation.

Worktime saved with a seamless experience of moving the working files to Renderro Cloud Desktop.